Did you have more questions?Mail us 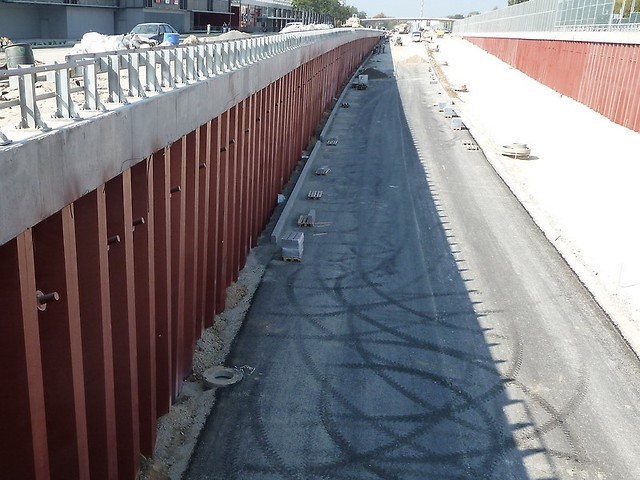 Tunnels are constructed at locations with limited possibilities at the surface. Several different construction methods can be used for the execution of a tunnel depending on the soil conditions and other environmental aspects. Shallow tunnels are often constructed using the cut-and-cover method.

This is a simple method of construction for tunnels in which a trench is excavated and subsequently roofed over with an overhead support system strong enough to carry the loads coming from above. In the case of an immersed tunnel sheet pile structures are often used to construct the entrances of the tunnel and the dry dock used for the prefabrication of the tunnel elements.

Similar structures are needed for bored tunnels. Besides the entrances, a deep shaft is needed in which the boring machine can be set up and can start its activities. The construction of such shafts is often realized using sheet piles, beams and tubes to build a structure similar to a building bit or cofferdam.