Underground construction Infrastructure projects
Did you have more questions?Mail us 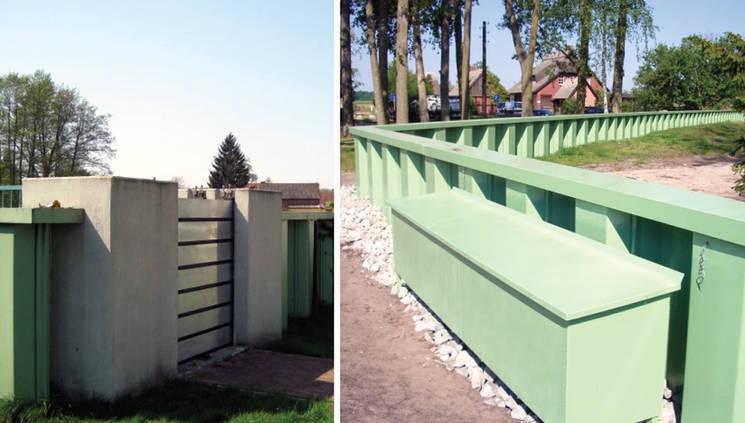 Flood walls are a primarily vertical artificial barrier designed to temporarily contain the waters of a river or other waterway which may rise to unusual levels during seasonal or extreme weather events. Flood walls are mainly used in locations where space is scarce, such as cities or where building levees or dikes would interfere with other interests, such as existing buildings, historical architecture or commercial use of embankments.

Flood walls often have floodgates which are large openings to provide passage except during periods of flooding, when they are closed. As a flood wall mostly consists of relatively short elements compared to dikes, the connections between the elements are critical to prevent the failure of the flood wall.

The substantial costs of flood walls can be justified by the value of the commercial property thus protected from damage caused by flooding.